The global recovery is picking up in most large economies, but it remains moderate and uneven across major economies and regions, while the GCC countries continue to exhibit robust growth in the non-oil sector with Hydrocarbon sector showing a decline.

The GCC government’s challenge to diversify their economies from oil & gas to focus on infrastructure development, hospitality and tourism has become the center-stage in inviting global participation and attracting the attention of businesses and tourists alike.

Although investments are directly dependent on the pace of each Government, we believe that the GCC region continues to be a desirable location with accelerating growth prospects for the near future.

The outlook for Qatar’s market appears to be optimistic due to healthy population with expats making up 86% and the local accounting for 14%. Mega events like FIFA, increase in government spending supported by 5-7% economy has seen a boom in investment plans.

The increase in population supported with higher per capita income among all the GCC nations has propelled the spending in Automobiles sector, and is expected to grow at a rate of 12% annually till 2018.

With economy growing at a rate of 5-7% annually and billions of dollars being invested in the construction projects and expatriates population increasing at CAGR of 8.7% are some of the reasons for increase in sales of automobiles. This has directly led to rise in the battery market in Qatar. According to the CAGR report it is grown at a rate of 22% for the last 5years with private cars and private vehicles accounting for nearly 90% of the demand for batteries.

Qatar’s nominal GDP witnessed a CAGR of 16.8% between 2007 and 2013. Much of the growth in the economy was elated by expansion in the oil & gas industry coupled with rising hydrocarbon prices.

The government now is focused more on development and has started investing in the infrastructure, tourism, and financial services and petrochemicals sectors. Consequently, the non- mining and quarrying sector contributed 45.6% of Qatar’s real GDP in 2013.

In recent times decline in oil and gas prices, has led to slowdown in the oil & gas exploration projects so it becomes important that Qatar’s economic growth should be driven more by non-hydrocarbon industry. 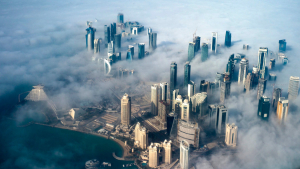 Qatar has invested US$2.8 billion in infrastructure over the last several years to support athletic competition like football, rugby, falconry, golf, ice-skating and horse racing to name a few. Qatar has a wealth of leisure and recreational activities and parks are concentrated at close distance while the beaches are located far off. All these factors has led to increase in tourism and the contribution to GDP has risen from QAR13.6bn in 2013 and is expected to raise QAR23.1bn that will make up 1.7% of total GDP by 2024.

The private sector presently accounts for 74 % of total employment in Qatar, with expatriates dominating the job market. Qatar’s national workforce is primarily employed in the public sector, comprising as high as 84% of the workforce. Qataris prefer government sector jobs due to higher pay packages and perks.

The total number of registered vehicles in Qatar stands at 1,074,518 with the average addition of 5,138 new vehicles per month in 2012. During 2013, Qatari market for automobile rose by 7.6%. Market share for trailers have also increased at a rate of 13.6% during the same period due to increased construction activity and progress. 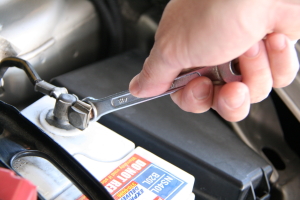 Market Volume of automotive batteries has seen a CAGR of over 25% in the last five years. Over the period, growth of volume is slightly higher than that of the market value, which indicates that market has seen a reduction in the average unit price of the batteries

Following a drop in the imports during 2009, market of automotive batteries has seen a tremendous growth post 2010, increasing the yearly volume to just over three fold in 2013.

The significant growth in the demand could be attributed to the high per capita income, unemployment rate at 0.5%, one of the lower rates in the world and high government spending on economy and infrastructure

Private cars and private transport together account for nearly 90% demand for batteries in the country.

There is a negligible export of automotive batteries from the country. Accumulated export during 2008 to 2013 stood just at US$ 430,000

The requirement for vehicle battery replacement services is increasing, influenced by the increase in the number of vehicles being imported with cars and other passenger vehicles at the top of the imported group of commodities in 2014, with QR 800 mn, with an increased rate of 7.5% year on year. Higher Vehicle Import suggests Higher Battery 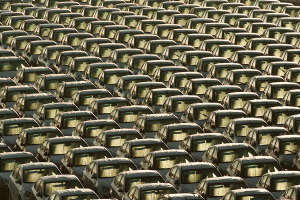 The USD 200 billion infrastructure plan in line with the 2022 FIFA world cup is slated to open up opportunities across various sectors in the region. The successes of the Car battery industry will depend upon how the organization has been setup, partnerships and strategic alliances is the best option rather than going for Greenfield.

With the increase in per capita income of the expatriates and the Qatari Nationals, has led to prolific spending in automobiles with more people going for high-end cars. This provides an excellent platform for the car battery industry to flourish.

Proper PR and marketing can propel the brand’s growth story. Retail setting will require proper location that has easy accessibility and proximity to the important locations in Doha. Trained and professional staff and customer service with shorter turnaround time will be critical to the success of organization.

Glasgow Research & Consulting clients are Global Fortune 500 companies, regional conglomerates and entrepreneurial ventures.
The ability to anticipate competitors’ moves and analyze markets is key to winning in the Middle East & Africa region. Our biggest pride comes from helping international companies to be successful in emerging markets.